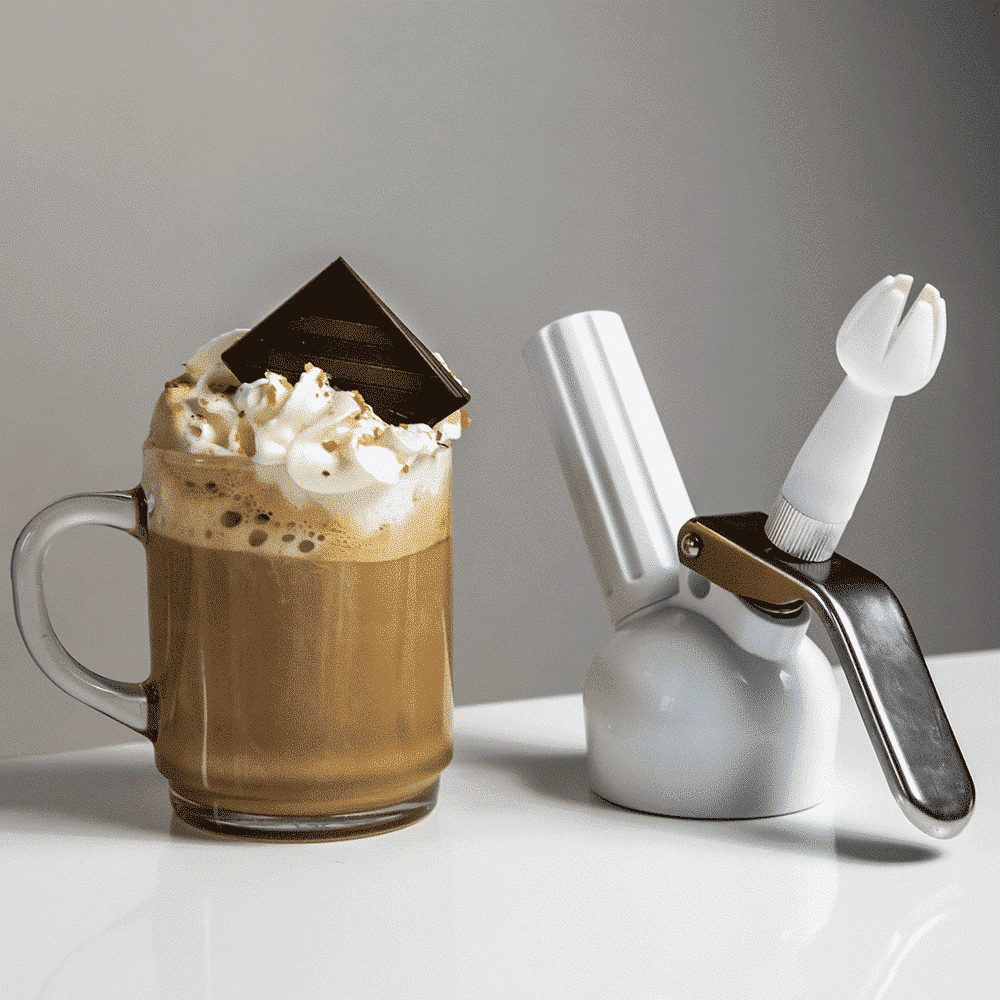 Whipped Cream Dispenser And What They Do

By adminJuly 29, 2021January 17th, 2022The Biggest Cream Charger Knowledge Base Online
No Comments

Home » Whipped Cream Dispenser And What They Do

Whipped Cream Dispenser And What They Do

A whipped cream dispenser is an aluminum or tempered steel dispenser, which depends on either 8-gram gas cylinders, or the larger 580 gram, or 640 gram cylinders to compress the canister to immediately break up the gas into the fluids. Once at the point where the cream dispenser’s valve is opened by squeezing the switch the fluid is constrained out of the spout by the high pressing factor, increasing the air pockets in a split second to change the fluid into, for example, whipped cream.

To make whipped cream you should utilize a thickening (whipping) cream. This cream has an ideal fat substance between 27-36%. While charging the N20 cream charger into the canister the N20 breaks down into the fat. At the point when the switch is squeezed, it delivers the compel making the nitrous oxide extend inside the fat particle, which when combined leads to the creation of the whipped cream.  Following this process, the whipped cream being produced has much more volume and stays a lot more firm as opposed to whipping air into the cream by traditional methods.

Would you be able to utilize any kind of gas?

You will not be able to use just any kind of gas, in general, only nitrous oxide cream chargers can be used, in either the 8g, 580g, or 640g sizes. In certain, extremely uncommon situations you could also use CO2 cylinders, this is however not advised as the use cases are, once again, extremely niche. Nitrous oxide is utilized on the grounds that it breaks down effectively with the fluid and doesn’t oxidize while in the canister. N20 in cream chargers additionally hinders bacterial growth whereas CO2 might actually incentivize bacterial growth.

Why is my cream dispenser not releasing anything?

In case nothing is emerging from your cream dispenser when you press the switch, there is a decent possibility your head valve has quit working appropriately. Replace the head valve on the cream dispenser and see if that fixes the problem.

Whipped cream shooting out the tip when charging the dispenser?

This mostly indicates that the valve on top of the dispenser is broken or close to breaking, the best thing to do is to simply replace the valve.

Whipped cream released in liquid, and not as a firm cream

Check to ensure that the cream you are utilizing has a sufficiently high-fat substance, generally, whipping and thickening cream has to be at a fat percentage of 32%. Nitrous oxide gas will lose intensity after 5+ years, make sure you are utilizing new or more up-to-date N2O cream chargers, preferably larger cylinders like 580 gram or 640 gram cream chargers. Ensure you are shaking the container prior to usage.

How to respond in case gas is getting away from the head and compartment seal?

This shouldn’t at any point occur if your elastic or silicone gasket is appropriately positioned in the head and the head is properly screwed to the dispenser, make sure it is tightened properly. Check to ensure your gasket doesn’t have any cuts.

June 20, 2022 in The Biggest Cream Charger Knowledge Base Online

Whip Cream Chargers & Whipped Cream Dispensers: What They Are and How to Use them in cooking No wonder some people have been into cooking for decades. Still, they haven't heard…
Read More
June 7, 2022 in The Biggest Cream Charger Knowledge Base Online

5 Unique Ways to Use a Whipping Siphon & Cream Chargers

5 Unique Ways to Use a Whipping Siphon & Cream Chargers Fluffy, lightly whipped cream is the first thing that comes to the mind of most culinary enthusiasts whenever they…
Read More