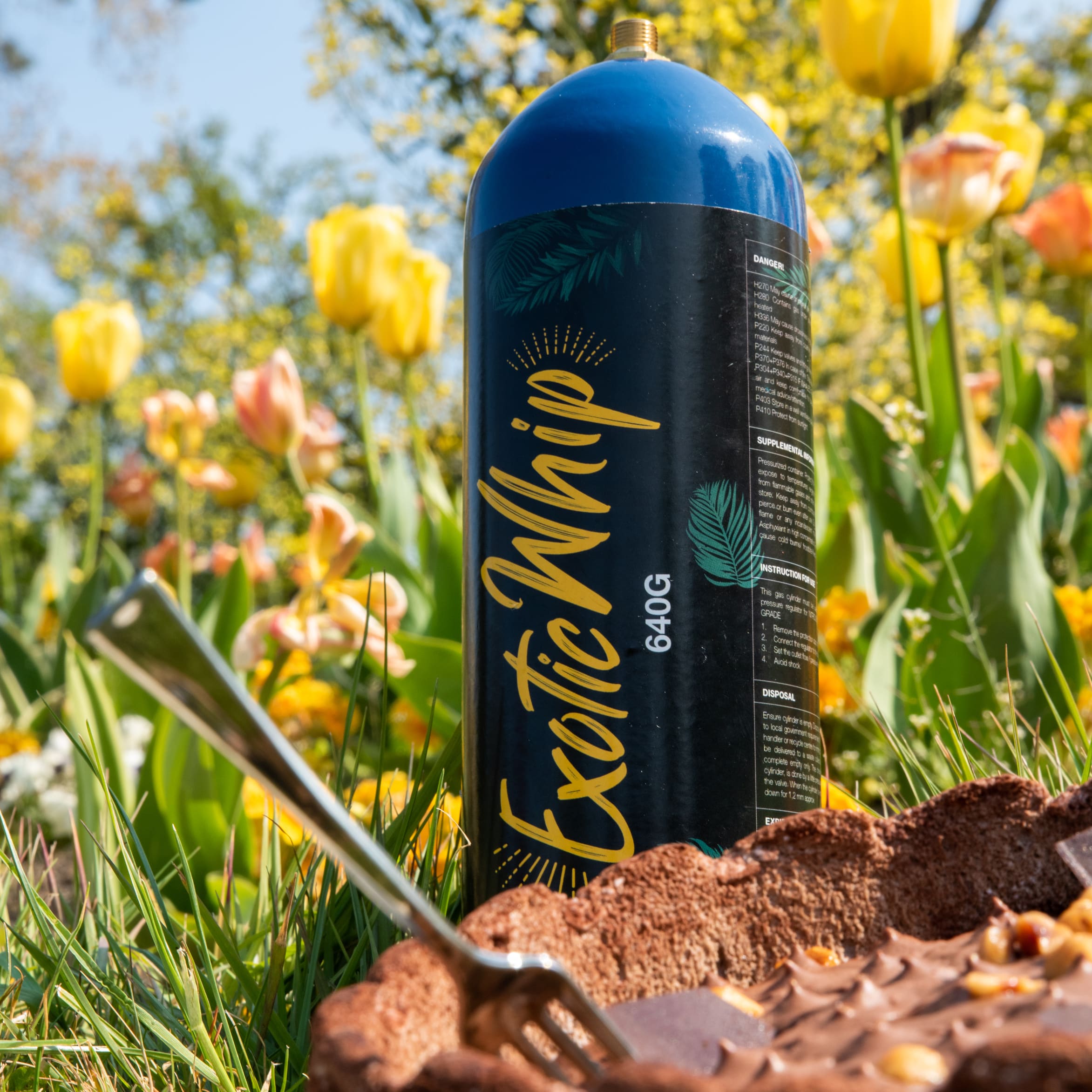 By adminJuly 17, 2022August 1st, 2022The Biggest Cream Charger Knowledge Base Online
No Comments

If you follow our blogs, you probably acknowledge enough about the most common applications of nitrous oxide in the food industry. For instance, the creation of whipped cream. Whether it is safe to use or not in some of them is the remaining question we haven’t clearly answered yet.

This guide will briefly pinpoint the 4 most relevant applications of nitrous oxide gas (N2O). Keep reading!

What is Nitrous Oxide?

Nitrous oxide (N2O) is a colorless gas with a slightly sweet taste and smell, formed by the union of two molecules of nitrogen and one of oxygen. Chemically, it is a stable gas that can be transported as a liquid at a shallow temperature. We can purchase it in the market as cream cartridges or N2O cylinders.

It is also not highly flammable; it does not react with other elements or compounds. However, it can accelerate the burning of combustible material in a fire. Worth mentioning that it is soluble in water. Its vapors are heavier than air.

In 1772, Joseph Priestley, an English scientist, was the first to synthesize this gas. Around 4 decades later, the medical world adopted nitrous oxide as an anesthetic. And in no time, physicians and surgeons worldwide started using this gas to alleviate their patients’ pain during surgery. As things evolved, misuse among young masses became trending, and nitrous oxide’s application in recreational settings did not remain unknown. In the present, this last is a growing concern among people and governments.

We will explain you next the 4 most known application of nitrous oxide up to date.

Click here to discover the Effects and Uses of N2O.

4 Applications of Nitrous Oxide Worth Considering

Recreational Use of N2O

As we just mentioned, nitrous oxide has been misused in the last few years, affecting people’s opinions.

Unfortunately, its highly sedative properties are an attraction point to many young enthusiasts, who like to inhale it, getting a feeling of well-being and suave euphoria. Sometimes, even numbness of the body.

Its inhalation can even produce mild hallucinations when taken in big doses.

Is it safe to use in a recreational setting? It is, while it is not abused. Like any other gas, it can cause second effects while being inhaled.

The greatest danger is that its continued inhalation can lead to hypoxia due to the lack of oxygen supply to the lungs.

Important to know: Repeated exposure or inhalation may damage the nervous system, causing numbness, tingling, or weakness in the hands and legs. Recurring users experience low levels of vitamin B12.

Nitrous Oxide as a Whipping Agent for Whipped Cream

One of the reasons why nitrous oxide’s application has grown increasingly is because of its demand in the catering or food industry. It is in this setting where it is legally allowed, and ExoticWhip is focused.

N2O allows many chefs, bartenders, and bakers to create not just delicious cream but also a range of foams, sauces, infusions, and creative cocktail toppings.

N2O is used in the food industry as a propellant gas in aerosol products. Typical use is for the preparation of whipped cream, where cartridges filled with nitrous oxide are used to turn the cream into foam. No fraction of this gas reacts during the process.

N2O As a Sedative in Medicine

Recall the last time you had that minor tooth removal surgery, before which you were so anxious, and your dentist gave you some sedative? Well, it probably contained nitrous oxide. Note that medical-grade N2O is different from the food-grade version.

How do they differ from each other? Definitely concentration and also how the gas is used.

When nitrous oxide is used as a sedative, it is often mixed with the oxygen gas, and the patient requires to inhale that combo. This combo has been quite effective for decades in alleviating anxiety and pain related to surgery.

N2O, for medical purposes, produces pleasurable sensations that can help the patient relax. Because it is well tolerated, fast-acting, reversible, adjustable in various concentrations, and non-allergic, nitrous oxide/oxygen is considered a safe sedative in dentistry.

In fact, a patient sedated with nitrous oxide can still respond to questions or requests.

Important to know: Medical-grade N2O generally produces no side effects. Using it as a sedative, doctors know the proper dosage for a given person, which usually depends on the patient’s age, gender, body weight, the type of surgery, etc.

Nevertheless, suppose you must undergo multiple surgeries frequently and consume nitrous oxide for pain management. In that case, your doctor may recommend some vitamin B12 supplements. The reason is that high-dose nitrous oxide in the long term may result in vitamin B12 deficiency.

Nitrous oxide can serve many purposes. Among these is powering up your car’s engine. But how does it work?

In-car racing, nitrous oxide works essentially as an accelerator of the combustion process; it boosts the oxygen levels of the engine. Meant simply, N2O acts as a supercharging system that offers extra vehicle power: horsepower for a short period.

ExoticWhip’s bottles are not meant for car racing.

In summary, we can consider nitrous oxide as a very versatile gaseous compound whose applications range from gastronomy to space science.

Whether it is safe to use or not depends on multiple considerations, including the amount of the dose, body weight and medical indication. Also, the scenario for which it is legally indicated. In the kitchen, for example, when done responsibly, it can help you create the most impressive desserts and cocktails.

On ExoticWhip’s webshop, you can only purchase food-grade N2O. We are a trusted supplier of N2O bottles and offer you the possibility of becoming a distributor. Fill in this form and let us know about you!